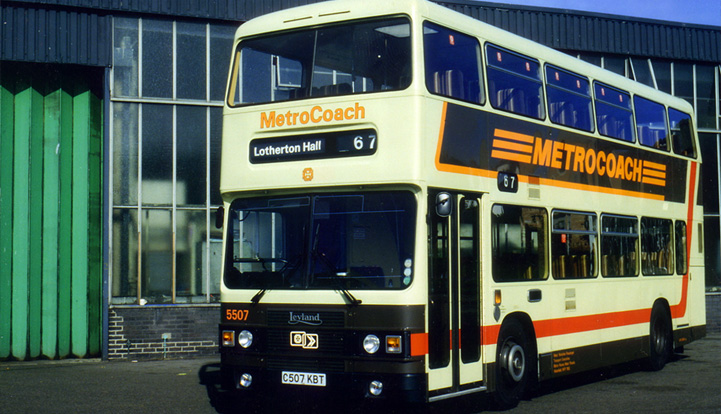 5507 (C507 KBT) pictured early in life, at rest outside Bramley Garage in Leeds 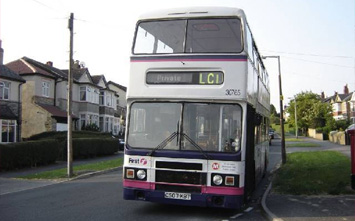 5507 was new in September 1985 as a coach seated Leyland Olympian, with Optare body number 17, the first Optare double deck bus in fact. It was also the last Leyland engined service bus in use in the territory of the former West Yorkshire PTE, being withdrawn a couple of days after 5516 (30772 - D516 HUB) in June 2006. There were three batches of coach-seated Olympians, 5501-5506 (B141-145 RWY and B506 RWY - registrations of 5140-5145 and 5501-5505 being mixed up) being ordered by the PTE with Roe bodies, Roe only building the shells before closing down, the bodies being fitted out by ECW. Next were 5507-5511 (C507-511 KBT) for the PTE, followed by 5512-5516 (D512-516 HUB) ordered by Yorkshire Rider. 5501-5510 were delivered in Metrocoach livery, 5511 in White Rose Express livery and 5512-5516 in Gold Rider livery, into which most of the others were painted, followed by all 16 gaining standard bright green and jonquil Yorkshire Rider livery in the early 1990s. In the mid 1990s, the coach seats were removed from them all and standard bus seats were substituted, all getting the standard London style black brown orange and yellow moquette (except 5512 which received seats in Yorkshire Rider moquette).

Optare did however build five more Leyland Olympians for West Yorkshire PTE - 5148, 5149 and 5150 with standard bus seated bodies, and 5146 and 5147 which had convertible open top bodies.

Unlike 1705 and 1807 in our fleet, 5507 has only had one home, from September 1985 until 9 June 2006, being Bramley Depot from whom it was kindly donated to our group and now resides with other vehicles in a private warehouse somewhere in Yorkshire.

5507 was taxed as a PLG (private light goods vehicle) from the start of July 2006 (thanks to the generosity of one of our members) and after being retrofitted with a tachograph on 7 July 2006 made its preservation debut at Thornes Park in Wakefield that evening (its original tachograph had been removed by First at some point in the past and a standard speedometer fitted in its place). Now that it has a calibrated tachograph, it can legally be used on the public highway. 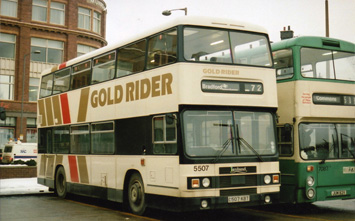 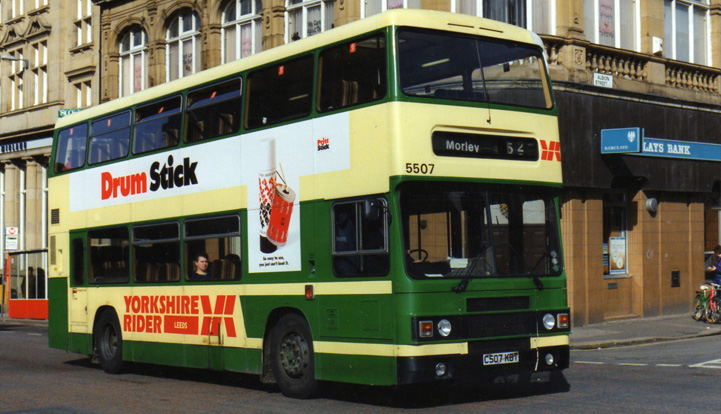 Restoration on 5507 has seen various mechanical and electrical tasks being attended to. These have included new chassis outriggers, new exhaust manifold, new windscreen wipe/wash control, attention to various fluid leaks, rectification of washer jets, loose engine mounts, loose compressor, tachograph calibration and various minor things. On Thursday 25 June 2009 she was collected from being repainted by Sissons Commercials, and vinyls were prepared and fitted by Hayward Creative. However, some more mechanical issues manifested themselves during the day, with the result that the vehicle was limped to the premises of one of our suppliers for repair. A number of other tasks remain outstanding. 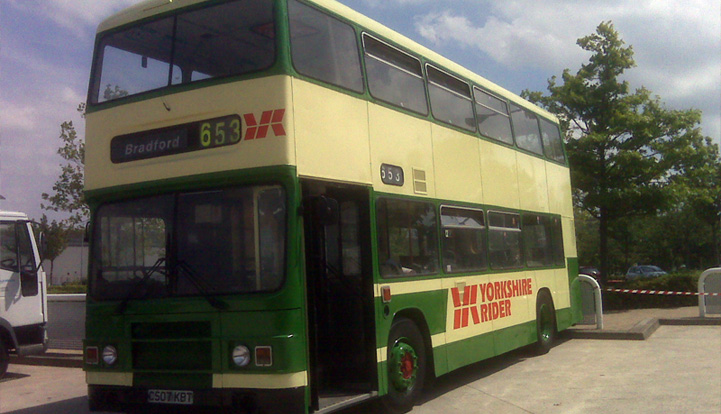