From its inception in 1974, the West Yorkshire PTE quickly devised a new livery of verona green and buttermilk, which was applied to the inherited vehicles as they became due for repaint, and to most new vehicles as they were delivered.

This first version of the livery (known as the 'candy stripe' on account of the 'road and pavements' insignia above the lower deck front windows) is shown below on ex-Leeds City Transport Daimler Fleetline (with standard Roe 'Jumbo' body) 176 (UNW 176H), together with the single deck version as applied to Bristol LHS6L/ECW 43 (MUA 43P). The shot of 43 shows in better detail what the first version of the Metro logo looks like. 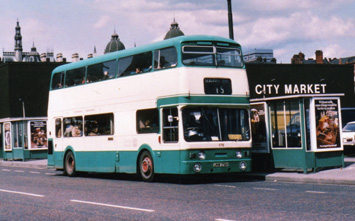 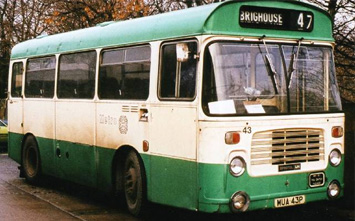 This livery felt awkward to apply, and so was modified into a simpler style, which is shown below, first on Leyland Atlantean PDR2/1 with standard Roe Jumbo body 434 (XUM 434J) with the interim logo, and then on sister 416 (UNW 416H) with the final style of fleetname. 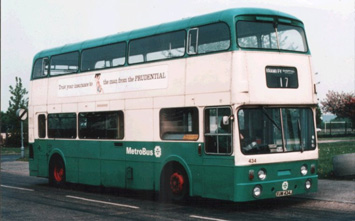 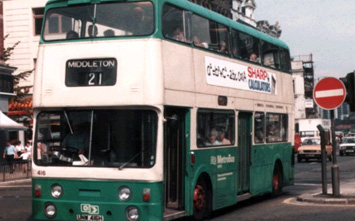 Around the late 1970s/early 1980s, a coach version was developed, called MetroCoach or Executive Livery. This is depicted below on Leyland Olympian/Optare (C507 KBT) and Bristol LHS/ECW 46 (MUA 46P). 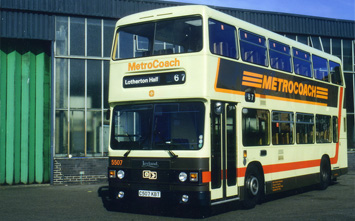 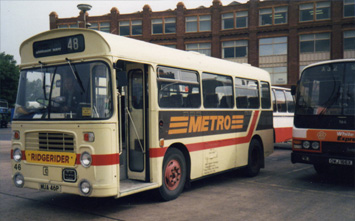 Upon the advent of deregulation in 1986 two new liveries were devised, these being the Yorkshire Rider bright green and jonquil livery for buses and Gold Rider for coaches. 6228 shown below is in happy preservation with the West Yorkshire PTE preservation Group and is based in Yorkshire. 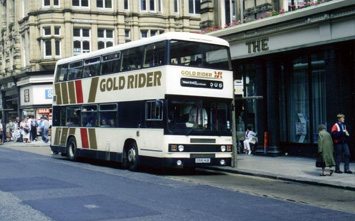 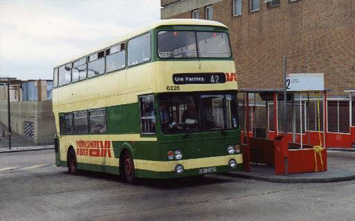 These liveries were applied to vehicles until the mid 1990s, and the last buses were finally withdrawn/repainted in the early 2000s out of this livery, and indeed there are still some examples around - if you know where to look!

Colours in the main have come from Decorfolia.

For the Yorkshire Rider livery, we have had the BS381C colour suggested by an expert - can anyone confirm the BS reference for Bright Green, and also for the Red (the colour of the "Yorkshire Rider" fleetnames) which were usually transfers?